A study done by the National Adoption Coalition of SA highlights the incredible opportunity our ministry has to continue impacting South African children for Christ!

Here is some of the staggering information reported:

2.  2 out of every 3 babies that are abandoned die

4.  Many attempt late term abortions and are unsuccessful – thus, the numbers of handicapped children has risen significantly.

Statistics from other sources tell us that there are:

1.  3-5 million orphans in South Africa – numbers vary greatly depending on the reporting agency but all agree there are at least 3 million–with 18 million children living in South Africa, this is 1/6th of the entire child population

While the need is staggering, we continue to be amazed at the way God has allowed us to help with adoptions and fostering.  We’ll plan to tell you some of the stories next time we see you!

Thank you all for your your prayers and other support – you are a blessing! 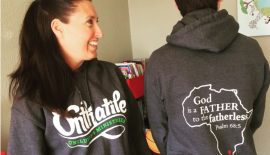